Information Architects has released an updated version of iA Writer Pro which adds Dropbox sync and develops a new way to handle workflow state — instead of placing documents inside different folders, now it changes the file extension. If you’ve followed my setup to sync Writer Pro to Dropbox, this guide will show you how I adapt the update to my writing workflow. 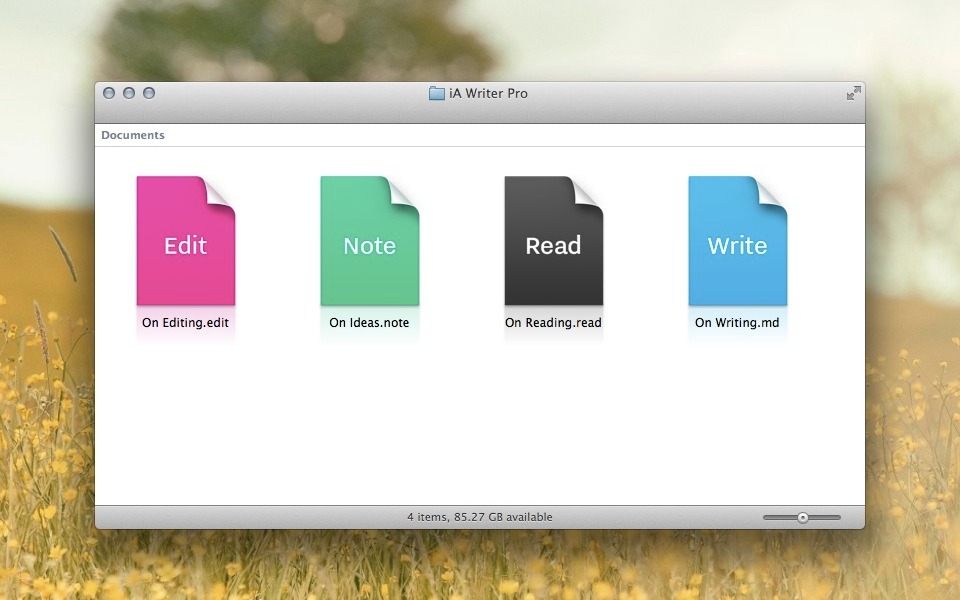 The moment I update iA Writer Pro, it‘ll move documents stored in iCloud out of its folder and change the file extension according to its workflow state as following: note, md, edit, and read. Each workflow state has a matching new document icon that follows the cursor color — this approach adds character to iA Writer Pro, I can also use it to tell the documents’ workflow state from a quick glance.

nVALT, also known as my idea bank, is my favorite app to quickly jot down ideas — it’s the most powerful tool to work with plain text documents. When the note carries enough potential and information as an article , I change the document’s workflow state from Note to Write to indicate that I’ll be working on a new piece of writing soon.

I used to separate the notes in Note state from the rest of states by telling nVALT to only read notes from ~/Dropbox/Notes/Note/ folder, however, I’m unable to do the same since documents in every state are inside the same folder. Therefore I need to configure nVALT so it only reads the documents with note file extension. 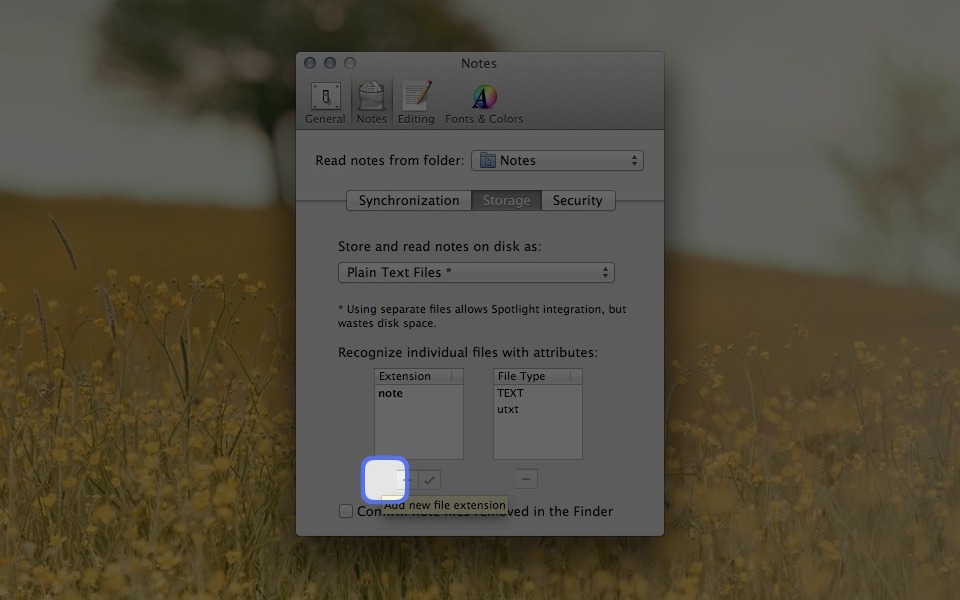 Fortunately, nVALT has a setting that lets me choose which file extension are included in the storage. If you’re on Mavericks, head over to preferences and find the hidden setting under Notes » Storage » Extension. You can click the hidden plus (+) beside the minus (−) to add more file types into the list. Remove the rest of file types and add note as the only readable file type in nVALT.

One of the tips for Alfred Powerpack users is to combine related actions into one workflow. Following the tips, I create a Writer Pro workflow containing four File Filters that search for documents in different state by its search scope. Since the new iA Writer Pro uses file type instead of folder, this means the existing workflow won’t be able to function properly. 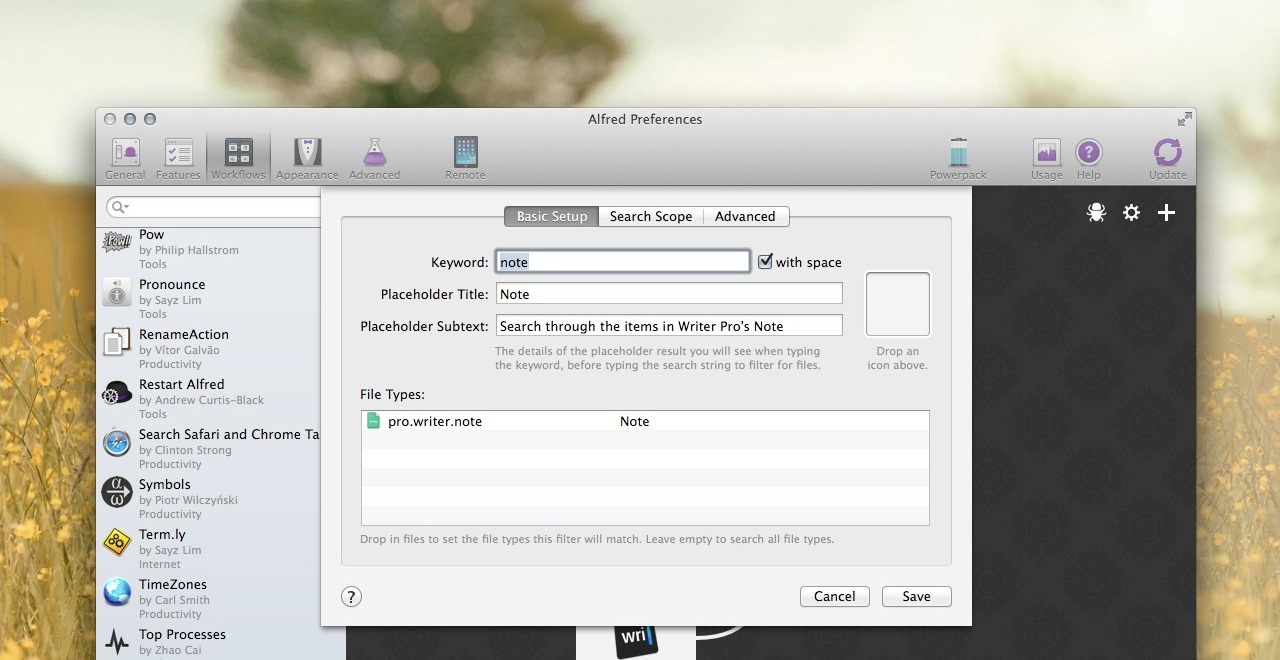 I recreate the same workflow by changing the search scope to ~/Notes/ folder and include file type in each file filter which you can do by dropping related files into the file filter setup.

The river flow concept plays a major part in my writing process by letting me shift the workflow state from one to another easily. While iA Writer Pro carries a high price tag, it’s one of the simple writing app you can find with strong character. The latest update is amazing as it fulfills the way I store notes. iA Writer Pro is definitely not for everyone, but if you like the philosophy that Information Architects is marketing, you’ll enjoy using iA Writer Pro as your writing tool.

Better Way to Set Default Application on macOS
Learn how you can set and manage the default application on macOS with OpenIn.
Replacing DragonDrop with Dropover
Dropover is one of my must-have macOS apps to boost my productivity by acting as a holding bin for me to move files around.
How to Find Conflicting Keyboard Shortcuts on Mac
Here's how you can detect and find conflicting keyboard shortcuts on Mac.
Why I Switched from Snappy to CleanShot X
CleanShot X is the best screenshot app for macOS right now. Find out why I switched over from Snappy to CleanShot X in this post.