Karabiner has stopped working on macOS Sierra. The lack of Karabiner support means that I can no longer use the Hyper key to trigger any shortcuts I configured in OS X El Capitan. I spent a couple of weeks searching for a solution, and finally, found Karabiner Elements that restores the Hyper Key back to macOS Sierra.

Karabiner Elements is the official release developed by Takayama Fumihiko to address the limitations of macOS Sierra. The early version of the Karabiner Elements only supports single key mapping. You can remap the Caps Lock key to other functions like Backspace or Space, but it lacks one crucial feature that popularizes the utility: the Hyper key — the combination of Command-Shift-Option-Control modifier keys.

Update 2017-06-16 Karabiner Elements has officially added the support to Hyper Key feature. You can follow the tutorial from Brett Terpstra to enable the key on your Mac.

There are some efforts from the macOS community to restore the Hyper key, but none of them can replicate the original function perfectly. The first solution I encountered was using Keyboard Maestro and Karabiner Elements. It’s a temporary remedy for the lack of Hyper Key, but it’s not the end-solution.

Few weeks after that, Brett shared his own take on using HammerSpoon to rebuild Hyper Key in macOS Sierra. It’s a great option if you’re keen to familiar yourself with HammerSpoon configurations.

If you’re looking for the same setup as me — a straightforward and easy way to setup Hyper Key in macOS Sierra, you can download the custom build by Hugo. Add a new item and set the caps_lock key to hyper. You can hold and press Caps Lock as the Hyper, except that you won’t be able to single-press to toggle Caps Lock anymore. 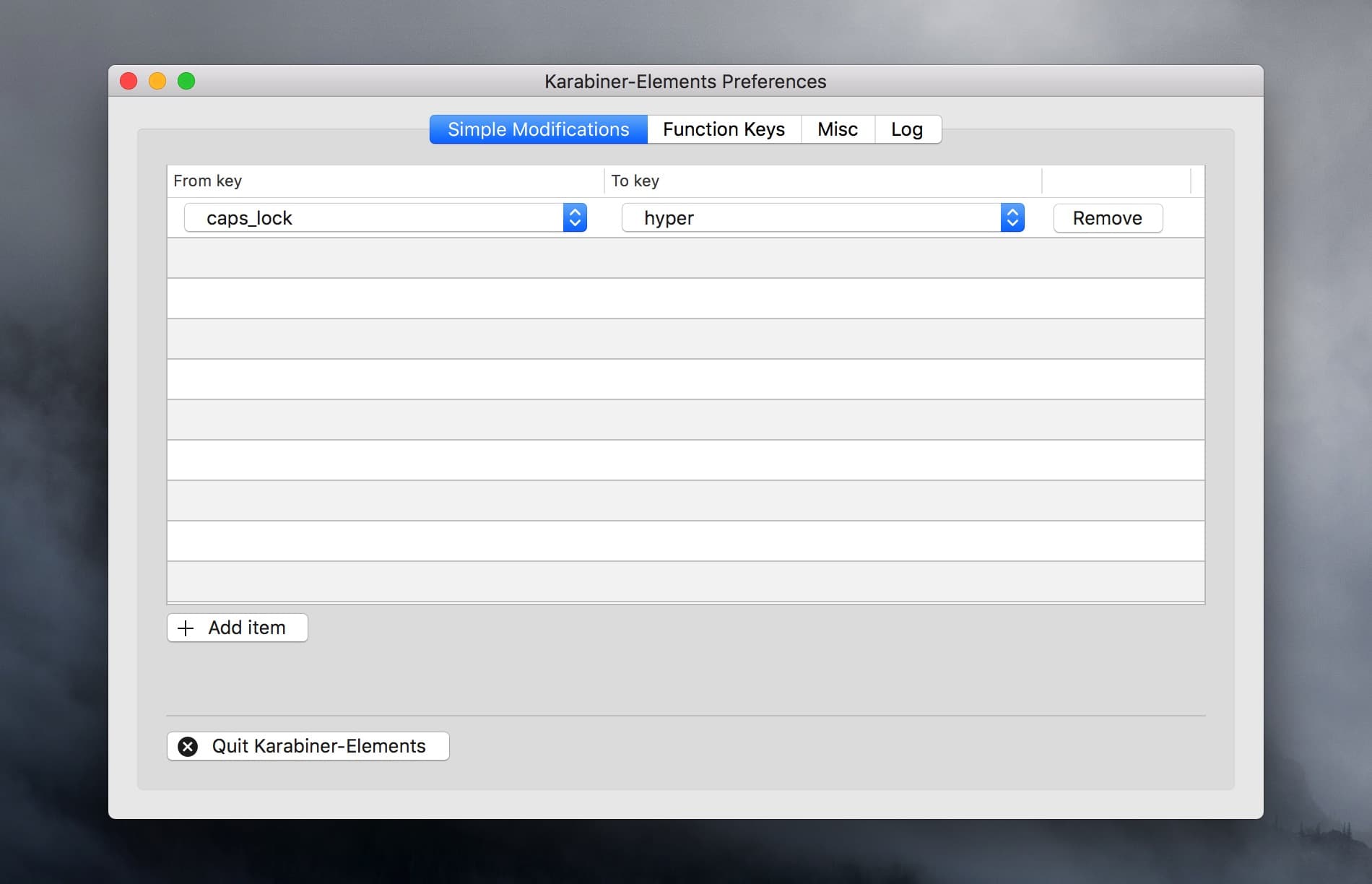 There are some known issues like the modifier key not functioning when used together with other keys or devices, such as Command-Right Click to open a link in the new tab, but you can simply fix it by relaunching Karabiner Elements — it rarely happens, though.

How to Find Conflicting Keyboard Shortcuts on Mac
Here's how you can detect and find conflicting keyboard shortcuts on Mac.
How to Set Up macOS for Web Development
Learn the best practices to set up and configure macOS for web development.
Speed Up Mission Control in macOS Sierra
The new Mission Control animation on macOS Sierra is slow. Here’s a way to speed up the animation and make it looks faster.
Font Smoothing for Non-Retina Display
You can increase the sharpness of the font on your non-Retina display Mac without sacrificing the smoothness with this tip.