Ember has a feature called auto-import that lets you import images into library by just moving them into folders. This feature is especially useful because you can also tag the imported images automatically. While Pixa doesn’t have this feature, its open nature allows us to create a similar system with live folders and Hazel. 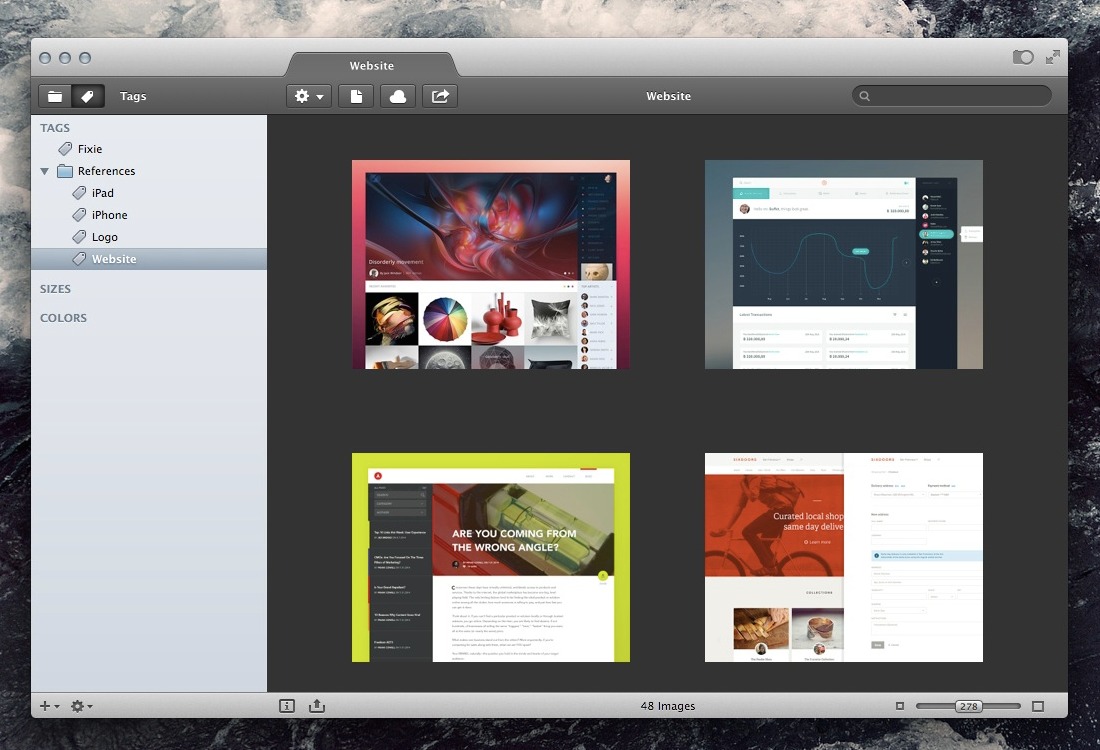 Pixa uses a well-known standard meta data system called OpenMeta for tagging, unlike Ember where tags are stored in their own file containers. This openness means you can switch to other third party apps that support OpenMeta, while maintaing the same tags structure for all the tagged images.

What you’re going to do in this guide is to enable OpenMeta in Hazel and create a system that lets you tag images automatically by just moving them into Hazel associated folders.

How to Enable OpenMeta in Hazel

3. Enable OpenMeta in Hazel by referring it to the installed command line tool. Enter the following command in Terminal:

Restart Hazel to make sure the new conditions and actions are available.

By default, Pixa automatically tag imported images by sizes and colors. If you prefer to handle the tagging by yourself, it’s recommended to disable auto-tag under Preferences » Tagging. 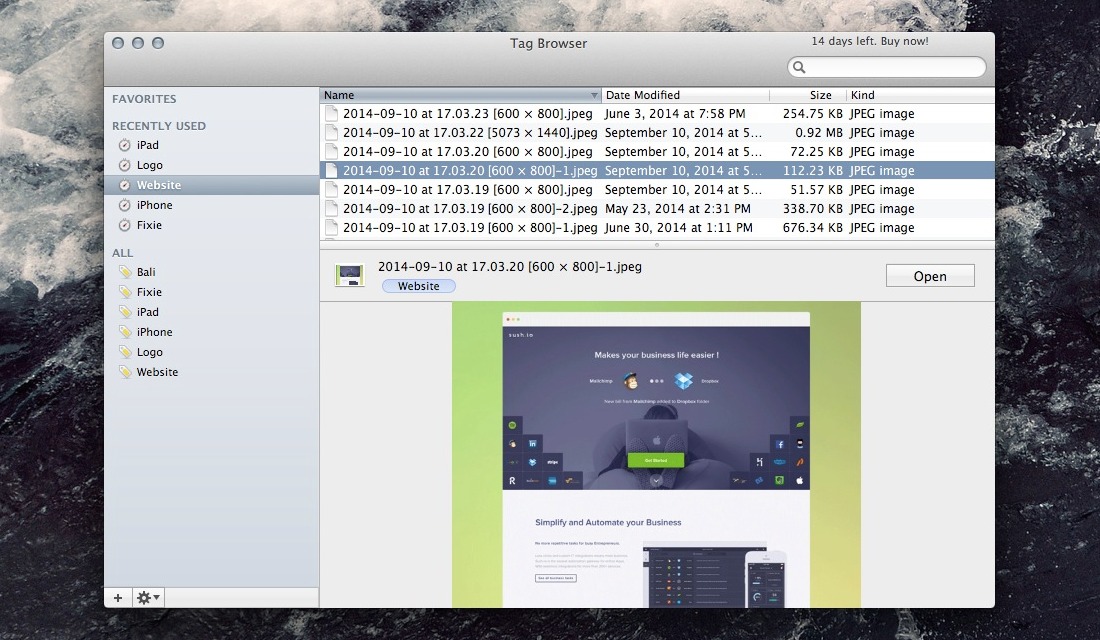 Since OpenMeta is a common standard for tagging, it’s likely that most of the files in your computer are populated by existing tags. There are ton of apps that support viewing OpenMeta tags such as Path Finder and TagIt. But for this one time cleaning, you can use Tags that offers 15 days free trial which you can use to delete all existing tags.

In the guide to manage photos, I recommend everyone to group images with similar purpose in one library. For instance, here’s the list of my folders setup:

I don’t tag images in the library above because they’re already organized at folder level. I use Ember to manage all my inspiration and references1, but if I decide to switch to Pixa, I’ll just create a new folder called Inspiration and put it as live folder along with others in Pixa’s sidebar. 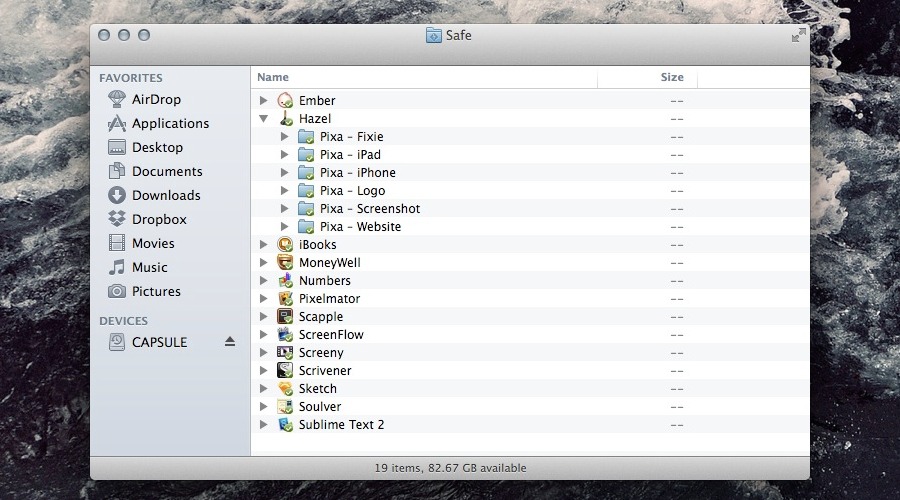 To make sure I can find Hazel associated folders with ease, I create a new folder called Hazel where I keep all temporary folders purposely to process incoming files together.2 Keep a consistent folder name pattern — in this case I use Pixa – [tag name] pattern.

Now you need to add these folders into Hazel and configure the following rules to tag incoming images. It checks whether the incoming files are images, then tag and move them to Inspiration folder.

Go ahead and drop one of the image into Pixa – iPhone folder. You should be able to view it in Pixa under tags view — access it by using Command-2.

Save image faster with Dropzone: You can put the folders associated with Hazel rules into Dropzone grid for quick access. All you need to do is to drag the images into the folder, and Hazel will take care of the rest. Buy Dropzone 3 ($4.99)

Remember that you’ve disabled the auto-tag in Pixa? You can create your own rules to determine which dimension should be tagged as small, medium, or large.

I recommend to create another rule called Rename Images to maintain a consistent filename pattern. The one I use is YYYY-MM-DD at hh.mm.ss [height × width]. Feel free to come up with a pattern that you find comfortable. 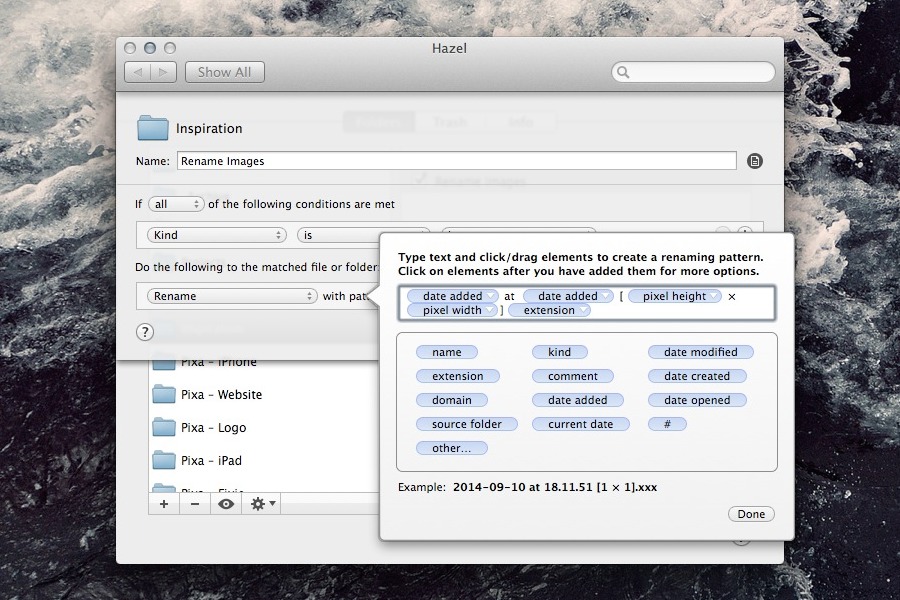 Because one image can carry more than one tag, the number of tags will increase and clutter the sidebar. One way to organize tags is to group similar kind of tags together. Say you decide to tag images by file types, you can group JPG, PNG, and SVG into a folder called Filetypes. 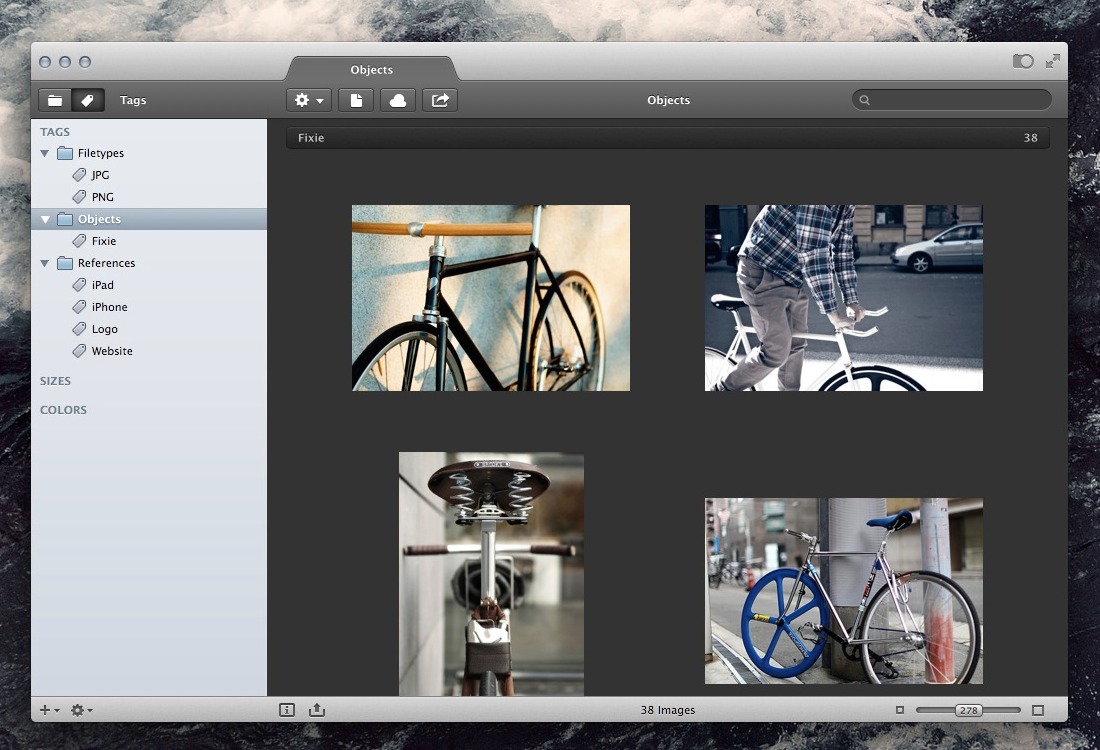 The greatest benefit with this setup is tags remains accesible in the apps that support OpenMeta. You can switch to other apps without worries, or use it along with other third-party apps to manage tags. The result is an organized library with the power of tags to scale your collection.

Let me know what you think about this guide, and please share it if you like it.

How to Use Hazel to Save Bills to Evernote Automatically
Why are you still saving invoices and receipts to Evernote manually if you can archive them automatically with Hazel?
Pixa vs Ember
Is Ember better than Pixa? This review will outline their similarities and differences to help you choose your perfect image manager.
Manage iPad and iPhone Screenshots with Hazel
Transfer your screenshots from iPhone and iPad to Mac seamlessly with this simple yet efficient workflow
How I Manage Photos with Dropbox and Pixa
Leaving iPhoto to Dropbox means I need to find a replacement application that also organize photos based on folders.