I’ve never customized the folder icons on Mac. There is a reason behind this decision. Most of the icon sets take away the natural beauty of OS X. They usually stand out by themselves, ignoring other UI elements, and turn the whole OS X into a bizarre state.

De Anza is the latest folder icons sets designed by Louie Mantia, a former Apple and Square designer. Consisting of 2 color schemes with many sharp details, it blends well with Finder and OS X Mountain Lion. I can say it’s the most beautiful1 folder icon sets I’ve seen so far.

If you’ve never customized your OS X before, I’ll give a brief tutorial on this. There are many tools you can use to get this done, but I’ll share the one I use to change the system icons. If you’ve never heard or tried CandyBar before, then go ahead and download a copy of it first.

There are many ways to replace system folder icons without the help of CandyBar. Using CandyBar allows you to restore everything easily without having to creep out when the next OS update breaks your system.

CandyBar used to be a paid app to customize Dock and various of icons. But the new regulation in OS X Mountain Lion has caused the team to stop the development of CandyBar, leaving it for the folks at IconFactory. They’ve made it the latest version that supports OS X Mountain Lion for free. The drawback is you can no longer customize Dock and applications download from Mac App Store with CandyBar. Fortunately, it can still be used to customize system icons. 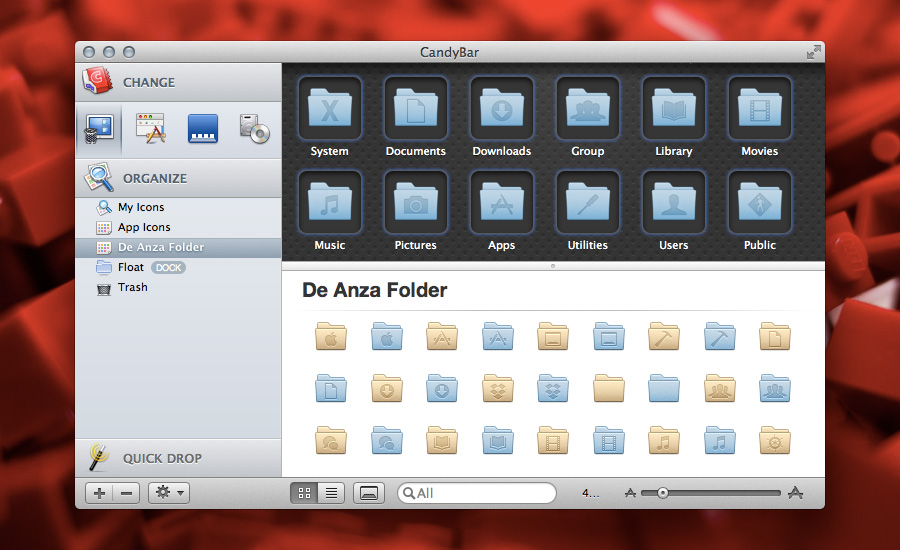 The process to customize system icons is pretty straightforward. Move the downloaded De Anza icon set into CandyBar. You should see them in the sidebar and the preview of each icon underneath. Scroll down and find the list of system folder icons. The next step is to drag and drop De Anza folder icon into the system folder icons according to their type. Replaced icons will show a dim blue light around the container. Apply the changes and relaunch Finder. 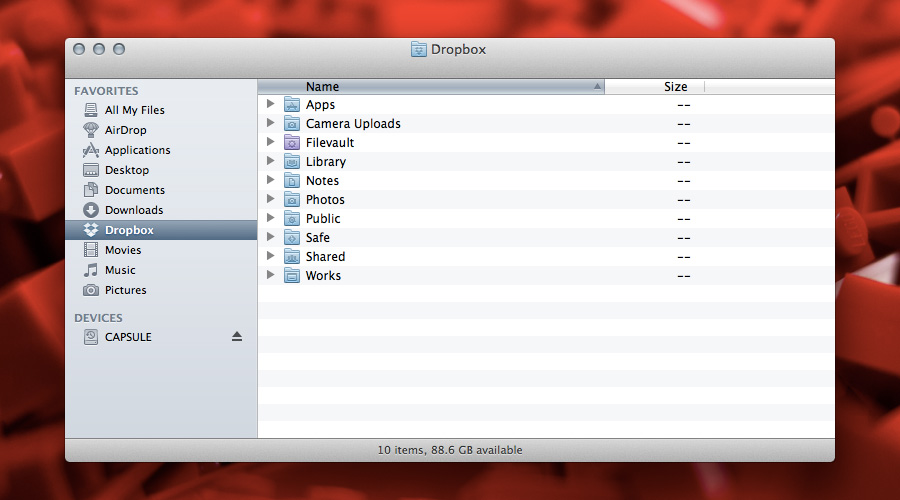 For Dropbox users, some folder icons can’t be replaced using traditional copy-paste method. You have to open the Dropbox package and replace the actual icons in there. There are about 4 icons you need to replace with different filenames. I’ve included the renamed icons for you to download. Get it here: De Anza for Dropbox.